Arran is the largest island in the Firth of Clyde and the seventh largest in Scotland. The King’s Caves are a series of natural caves on the western shores of Arran and are associated with Robert the Bruce of Scotland. Legend has it that he took refuge in these caves while on the run and had his famous encounter with the spider. For more on this legend see here.

The following photograph was taken on a hike to the King’s caves and shows the Doon in the distance. The Doon is a geological formation known as sill – which is formed when magma extrudes through older rocks and solidifies. The Doon seen in this picture is formed of sheer vertical columns of rock.

The scenery around the moor is breathtaking and it was one of the high points of my visit to Arran. 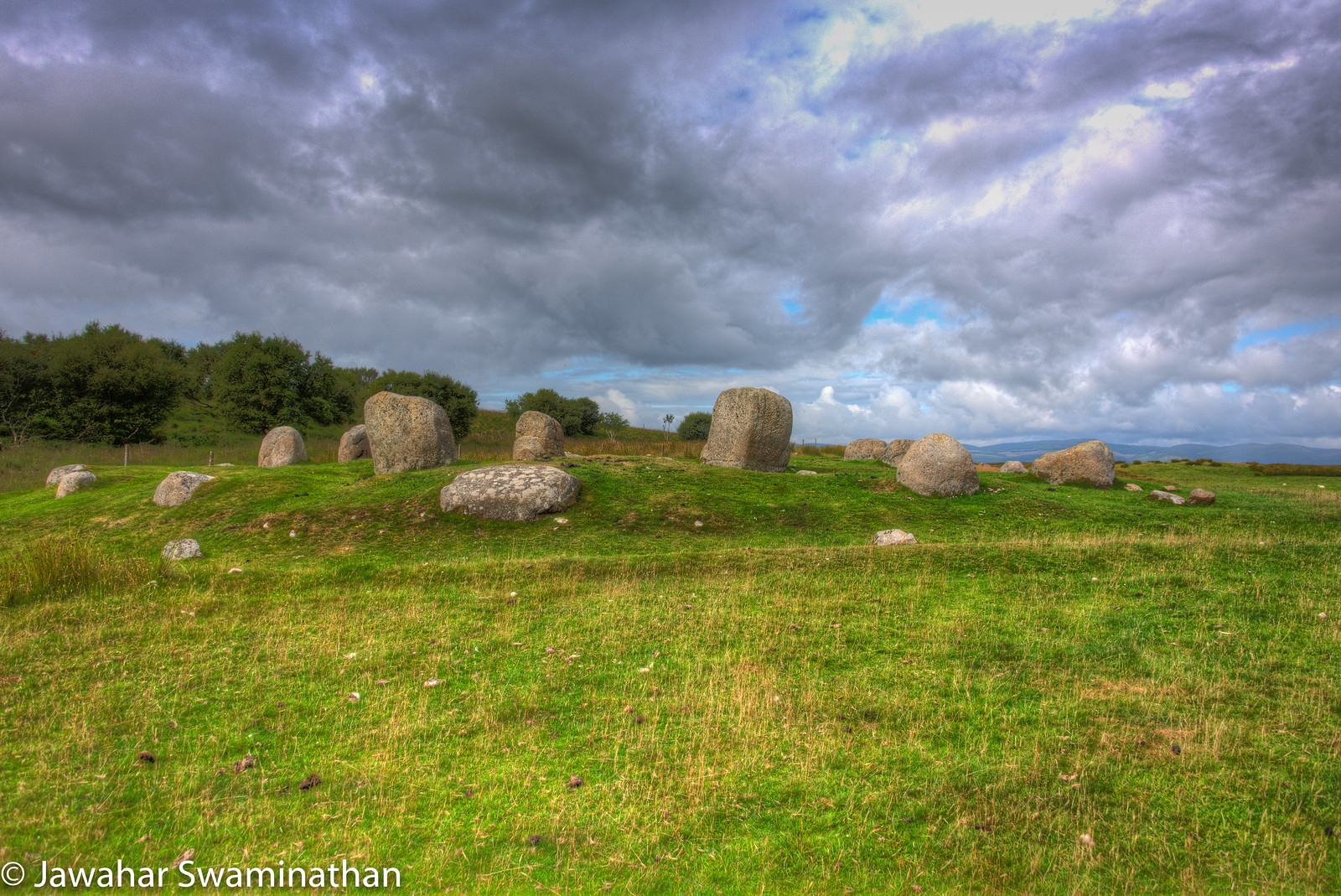 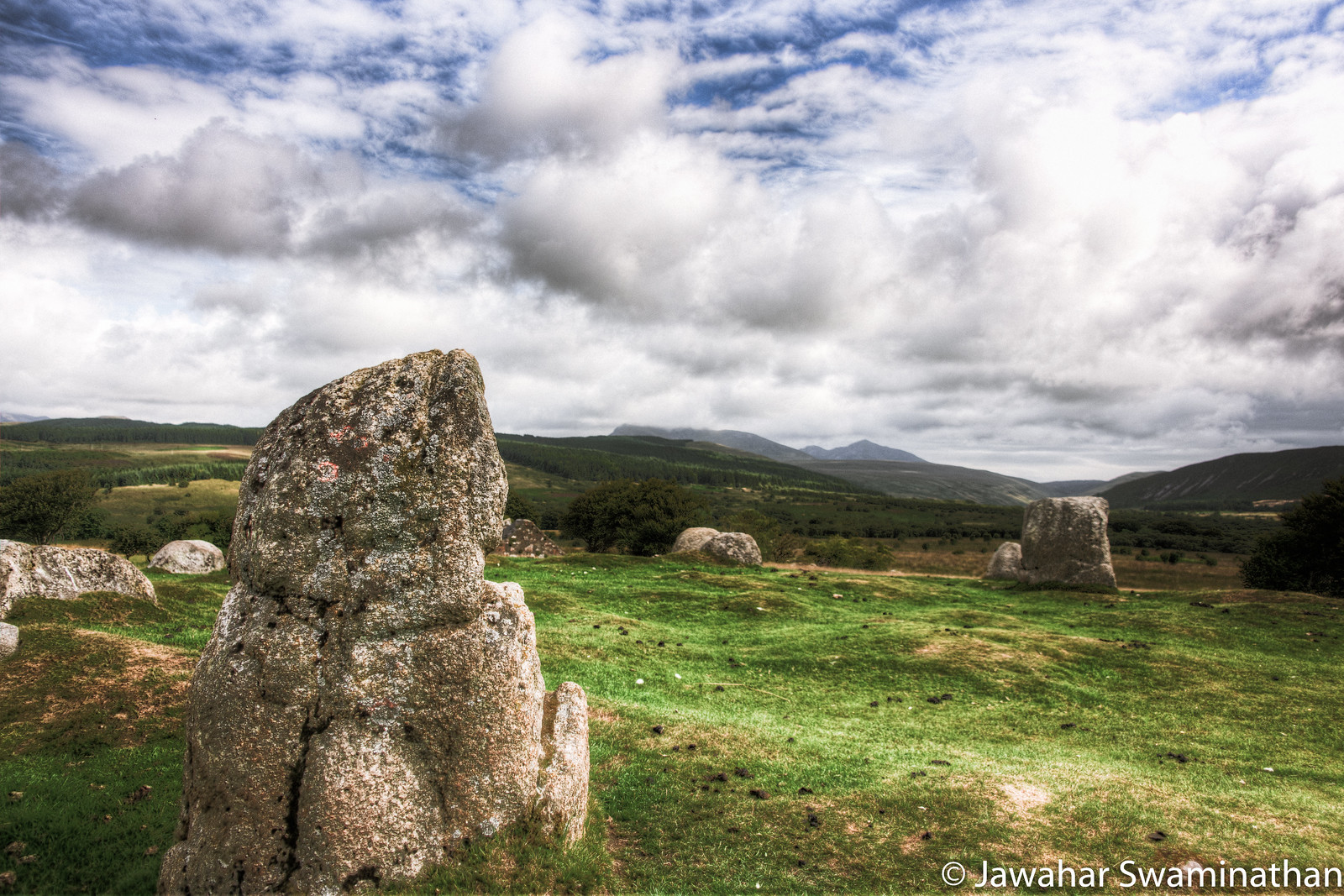 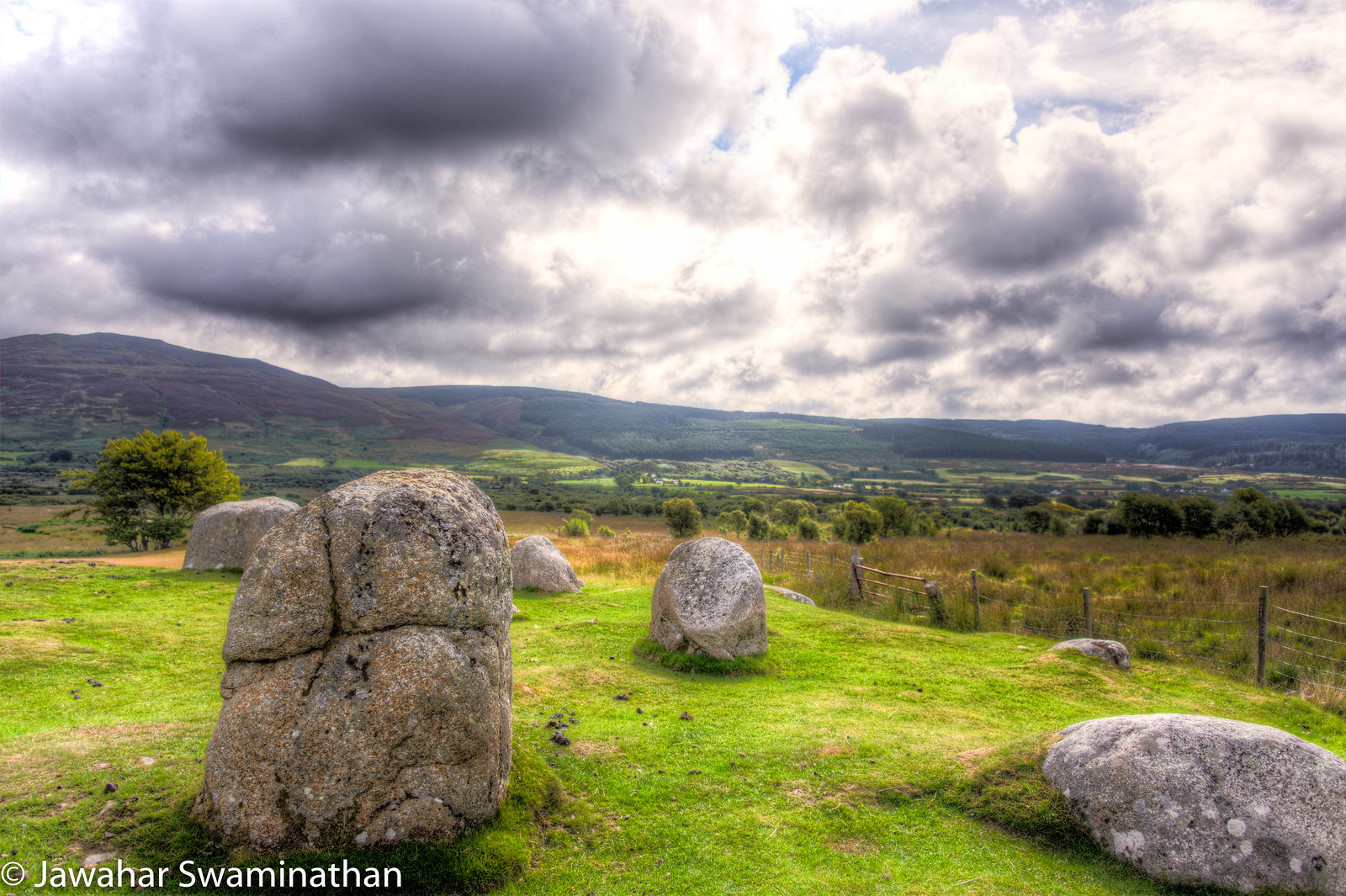 Shot with a Nikon D750 with a 28-300 Nikon Lens. All photographs are from 3-bracketed exposures and processed in Photomatix Pro.

There is this standing stone in the Cashel Forest in Scotland with the words “and tomorrow the sun will shine again” referencing the songs by Richard Strauss and John Henry Mackay (https://en.wikipedia.org/wiki/Morgen!?wprov=sfti1). 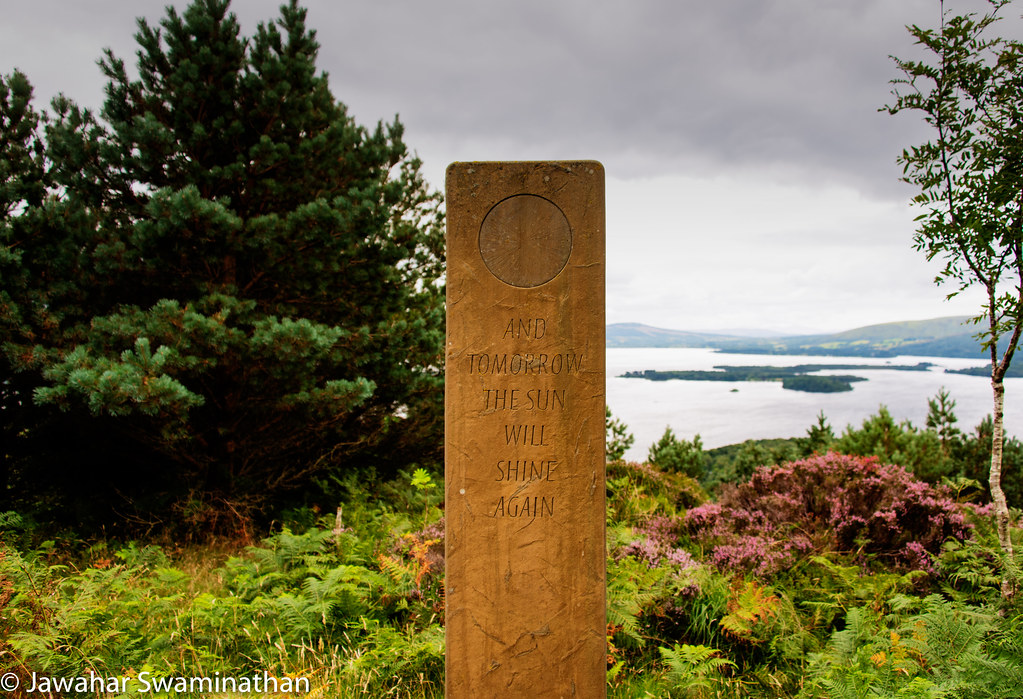