The Hawker Hurricane was the workhorse fighter plane in the Battle of Britain. This particular plane on display at the Imperial War Museum in Duxford, England was recovered from a crash site in Russia in 1941. 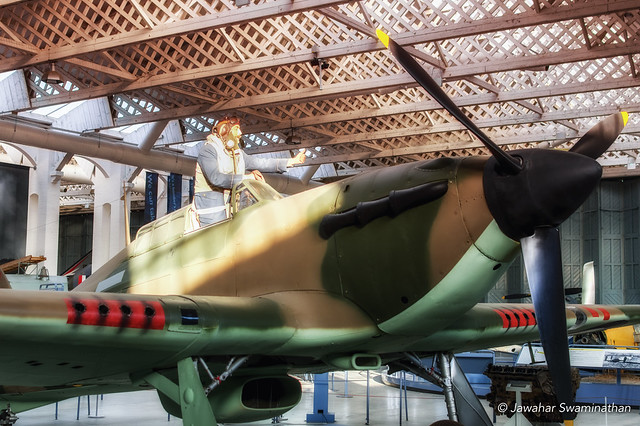 The Hurricane the first single-seat 8-gun monoplane fighter that entered service in 1937. In 1940, Hurricanes shot down more enemy aircraft that all the other defences combined. Source: IWM, Duxford.

Captured at the Flying Legends Airshow at the Imperial War Museum, Duxford. More about this iconic US built World War 2 plane on Wikipedia. This particular model H75-C1 (number 82) is one of (possibly the only) Hawk to be restored to flying condition. Please click on the photo for more viewing options on Flickr. 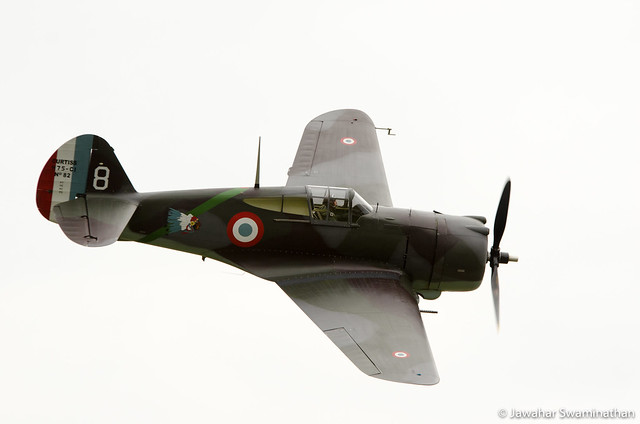